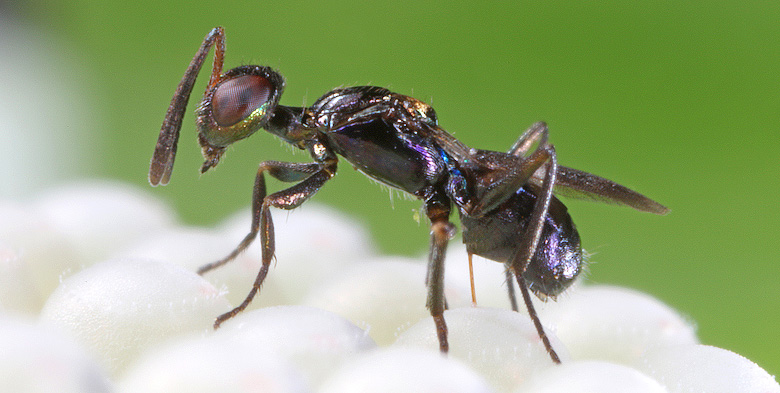 This native European wasp parasitises the eggs of various agricultural and forestal pest, in particular hemipterans and lepidopterans. More and more commonly its is found developing on Halyomorpha halys, the Brown marmorated stink bug (BMSB) and is therefore now considered the best biological control candidate in the new areas of expansion.

The females live up to 2 months feeding on nectar and honeydew and laying up to 50 eggs each. The smaller males on the contrary live only few days once emerged. Females are also able to feed on the bug eggs with a so called host-feeding that add a relevant contribution to the biocontrol of the pests.
A.bifasciatus has to be distributed in area-wide programs aiming to build up a natural balance between the dangerous stink bug and its natural enemies. Its use is mostly addressed to fruit orchards but also on vegetables and oilseed crop surrounding areas by late spring till end of summer.