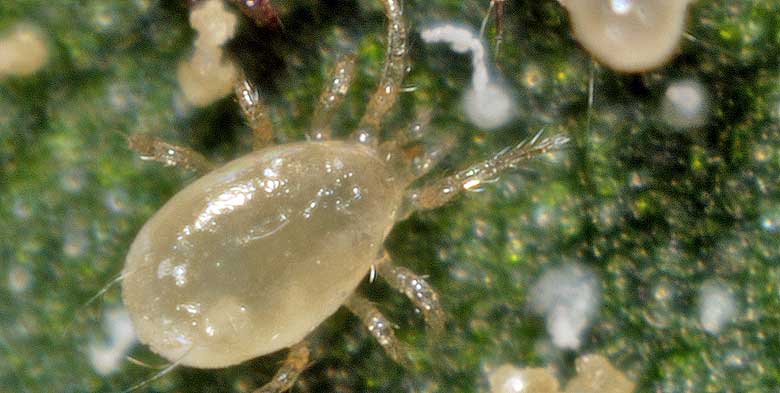 Amblyseius andersoni is a Phytoseiid mite generic predator of Tetranychidae mites (Tetranychus, Panonychus, Eotetranychus) but also able to prey on russet mites (Eriophyidae) such as Aculops, as well as eat small insects and pollen. This characteristic allows for a stable establishment into the crops and makes it suitable for preventive introductions even in the absence of the most typical preys.

It is an European species that is rather common in various habitats including cultivated ones, where however its presence is usually reduced due to conventional pesticides. Its use in biological control concerns wooden species such as vines and fruit trees, but also horticultural species such as tomatoes, eggplants, and zucchinis as well as ornamental plants. In natural conditions it passes the winter in diapause but then becomes active when the temperatures are securely above 8-10 °C; on the other side, during the hot season, it is active even with temperatures of 35-40 °C.

Andersoni is supplied in packs of 25,000 mites or in bags to hang on the plants for a gradual release (250 bags x 250 mites). Make introductions early with rates of 10 and more predators per square meter, to repeat several times until you reach a total of 30-50 individual mites per square meter, depending on the situation.